The Golden Age of comics may have passed, but the Silver Age is here to stay — and has been given the Jim Shore treatment!

The introduction of the modern version of The Flash, in the 1956 comic, Showcase #4 — closely followed by the creation of The Justice League of America, following the demand created — marked the beginning of the Silver Age of comics. The iconic members of the Justice League, including Wonder Woman; The Green Lantern; Batman and Superman are a few of the subjects of the latest collaboration between renowned folk-artist, Jim Shore, and DC Comics.

Our new collection; DC Comics by Jim Shore, sees some of the world’s favourite superheroes in their most recognisable — Silver Age — costumes, combined with Jim Shore’s highly recognisable carved-wood style. Superman adopts a strong stance, while Wonder Woman is captured in her iconic power position… With popping colours, and details on each character’s base that are unique to them — from The Flash’s thunderbolt, to the Bat symbol — these figurines will be a ‘super’ addition to any DC Comics fan’s collection!

With so many wonderful characters, and such a diverse range of incredible stories to draw from, this is just the start for Jim Shore and the Justice League… 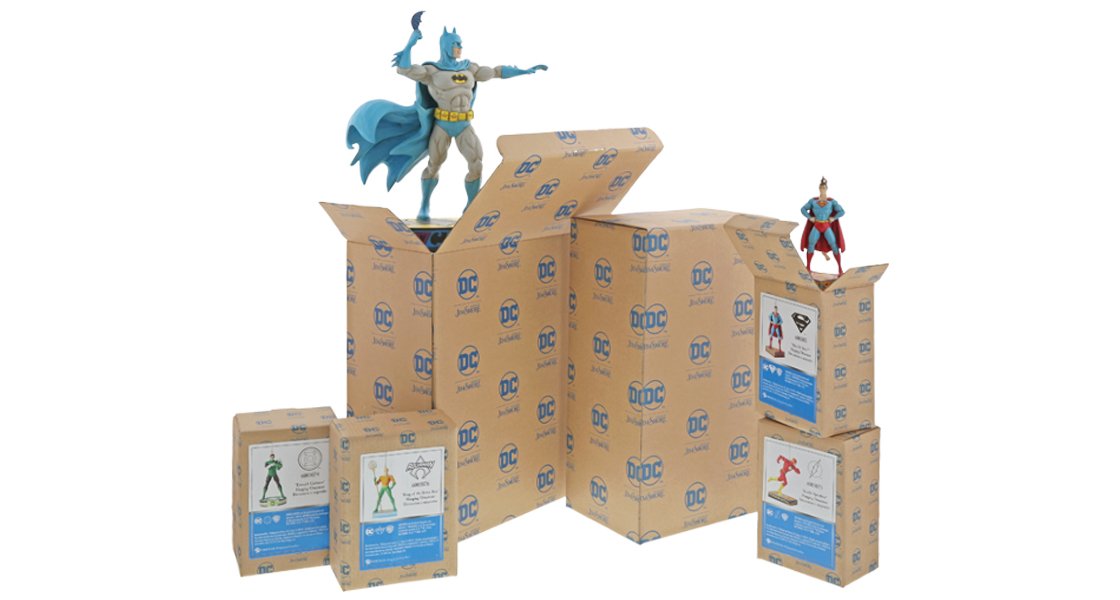